Art of Dying Well in the Fifteenth Century: Ars Moriendi

Ars Moriendi, a popular genre in the early Christian literature first appeared in the midst of the fifteenth century, is a self-help manual explaining how a Christian should die in order to gain the salvation. Its appearance was undoubtedly unavoidable, especially given the circumstances of the era when the deadly plague terrorised Europe, killing millions of people. As a popular book of the medieval literature, Ars Moriendi was widely read and soon translated into many major European languages. The original Ars Moriendi, known as “the longer version”, was written in Latin in 1415 as a manuscript consisting of six chapters. By the 1450s, its shorter version containing eleven woodcuts along with text was published mostly in block-book format as a result of the advances in printing methods in book-publishing in Europe. The shorter version was mostly printed from wood blocks on which both images and text were carved simultaneously. With this aspect, the woodcuts in shorter edition of Ars Moriendi are regarded as one of the first examples of printmaking tradition in Europe.

After briefly discussing the history of wood-block printing and block-books in Europe, the article aims to give a general perspective on how the historical context of the fifteenth century motivated the appearance of Ars Moriendi literature and how the books instructed the art of dying well as well as review both the longer and shorter versions of Ars Moriendi. 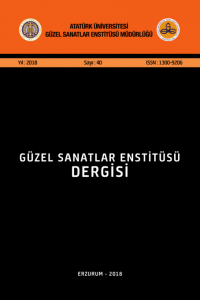