Evaluation of Waste Management and Zero Waste Project in Turkey: Case of Ankara

The purpose of this study is to measure the perceptions of the citizens residing in Ankara towards waste management and the zero waste projections. The population of the study consists of 4,899,528 people residing in Altındağ, Çankaya, Etimesgut, Keçiören, Mamak, Sincan, Pursaklar and Yenimahalle districts. The sample of the study, on the other hand, consisted of 384 people according to = 0.05 significance and ± 0.05 margin of error. A total of 900 questionnaires were distributed, 648 of which were evaluated. Tests such as reliability and validity analysis, factor analysis, T-Test and ANOVA test were applied to the data obtained. As a result, it was determined that the participants did not be attentive in separating the solid wastes generated in the houses in accordance with the zero waste project, they did not have information about when the buildings or campuses they were located should be included in the zero waste project, and they partially participated in the practice of sorting the wastes at the source. 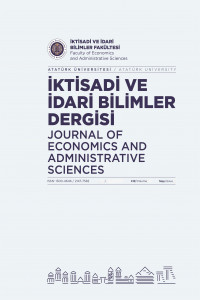