Freud noticed the effect of civilization, which started with the prohibition of incest, on psychic economy. After Freud, Lacan examined the relationship between psychic structure and the Other (Autre) as symbolic order including language and the law in his work on returning to Freud. Name-of-the-Father (Nom-du-Père) is there as the first signifier enabling repression and regulating the relationship with the Other. There is a close relationship between the culture as civilization and psychic structure. Today, the culture and dominant discourse are changing. These changes discussed by Melman under the title of The New Psychic Economy (Nouvelle Économie Psychique – NEP) and its reflections in the practice of psychoanalysis are studied. Melman emphasized that reference to the Other is weakening, the technology eliminates the impossibility, and limitlessness has become popular and more preferred. Consequently, psychic structure is shaped through jouissance instead of repression and desire. In this recent article, some of the reflections of the change to clinical practice were discussed through a case example. The way of experiencing depression today, the difficulty in positioning in the symbolic order due to weak reference to the Other, efforts to find a solution through jouissance and the body but jamming in jouissance, and paranoiac form of relationship with others are focused discussion topics in the article. 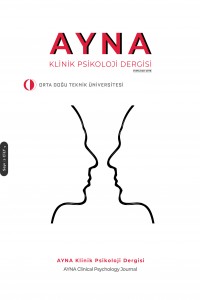