According to the Amsterdam Treaty, the European Union and its Member States recognize animals as sensient beings and the animal welfare is fully taken into consideration the preparation and implementation of legislation of the European Communities. With the reform of the Common Agricultural Policy in 2003, animal welfare has become a social goal and become one of the main strategies of agricultural production policy with market and quality oriented. Animal welfare has become a priority for the European Union and animal welfare legislation has been continuously developed during last 40 years. The livestock trade, which requires the transport of animals between member countries and third countries, also leads to an increase in economic losses due to low animal welfare during transport. Livestock transportation where the most harmonization problem is realized for national and international trade is very influential on productivity. Although transport is a significant stress factor for all animals, broiler chickens and laying hens are very negatively affected by poor welfare conditions during transport. Thusly the poultry transport guides including the welfare needs of the chickens during transportation have been developed in the European Union in recent years. The purpose of this review is to provide a comprehensive summary of welfare standards for the protection of chickens during transport in the European Union and evaluation of the alignment of Turkey to Community legislation. 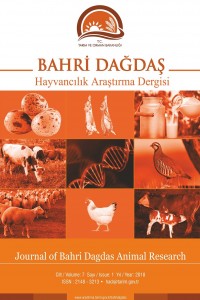