THE URBAN FORTUNE-TELLERS IN THE CONTEXT OF CONSUMPTION

Changing forms of production consumption in the historical process have affected the cultural lifestyles of societies. Urbanization that emerged with industrialization; it has provided the reproduction of cultural structures, places and tradition. In this context, the coffeehouse institution, which has been shaped around the coffee drink, has become a social sharing area. West moved to this institution, with the impact of globalization turning into cafes and cultural industries have become widespread in Turkey. The cafe, which is an example of urban space, is an area where cultural contents are consumed along with various beverages. Fortune-telling culture, which is one of the old belief systems, or an important place in social life, has been moved to cafes in the urban environment. Looking at fortune-telling at the cafe is an example of the consumption style of culture along with the space. In the article, the understanding of space, which emerged in line with the new social needs in the urban environment, is discussed within the framework of the transformation from coffee shop to cafe. Fortune telling, which takes place in traditional culture in the new consumption environment, has taken place in the daily life of the urban and literate society. In this context, firstly, a literature review was made on the subject, the data were collected by document analysis method and the information received from the source people by questionnaire and interview method was used to verify the determined data. Fortune telling culture, which is a means of understanding the life of people and their future, since primitive times, continues in cafes, which is the consumption style of urban life style. Although fortune-telling culture has been brought to digital environment; Satisfaction and therapy effect provided by verbal communication in cafes will ensure the continuity of culture in real places. 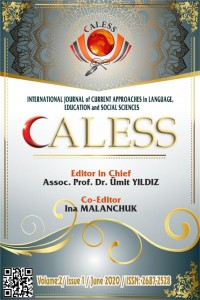