One of the five pillars of the Islam, zakat (alms) was made necessary after the hijra. Although Zakat was one of the most important resources of Islamic state treasury for many years, it was excluded from the state authority in the period of Omar bin Abdul-Aziz. In recent years, it has been seen that some Muslim-majority states have made significant attempts to manage zakat under the control of the state. For example; Indonesia, Pakistan, Bangladesh, Sudan, and Nigeria are very important states in terms of zakat application in İslamic world and Malaysia, a Southeast Asian country, comes first among those. Especially after 1990, Malaysia activated a new zakat management. This study deals with the Malaysian zakat system in the context of the state administration of zakat. The aim of the study is to examine the Malaysian zakat system in a comprehensive way. In the study, the history of zakat system in Malaysia, the current zakat models applied in there and the areas to which zakat is distributed are investigated. As a qualitative research method, document analysis was employed in the study. In this context, many international studies were examined which are directly related to the subject, and twenty-five Malaysian websites belonging to the institutions which collect and distribute the funds were also scanned. It has been found that Malaysian zakat system consists of public model, semi-public model and private model and seen that the states are divided into three regions and different zakat models are applied in each region.

Evaluation of Zakat as a Public Finance Instrument 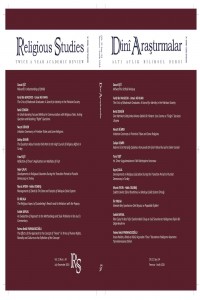