A human who goes through various developmental processes, learns to survive by interacting with environment. In addition to physiological development, the environment in which one lives has a great impact on linguistic, psycho-social, emotional and moral development. Many factors such as parents, family, friends, teachers, media and historical figures constitute this social environment that affects the individual. In this study, which aims to deal with the phenomenon of the individual's being affected by the social environment in terms of the role model preferences of Imam hatip secondary school students, the effects of some variables have also been investigated. The universe of the research consists of imam hatip secondary school students educating in Turkey. The sample consists of 856 students studying at various imam-hatip secondary schools in Ankara. Role Model Preferences Scale of Imam Hatip Secondary School Students, developed by Algur and Kaya, was used as a data collection tool. In the study, with this scale and its three sub-dimensions: Extroverted Personality Traits, Religious Life Traits, and Introverted Personality Traits, the effect of various independent variables were examined. According to the findings, the role model preferences of imam hatip secondary school students differ significantly according to age, gender, class level, factors influenced by the choice process, level of satisfaction with the school and level of communication with teachers, but not according to socio-economic level. 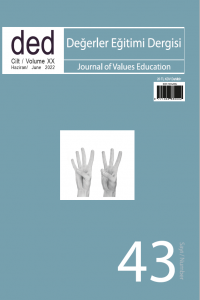