Şanlıurfa is one of the largest and oldest settlements in Mesopotamia. Such that Şanlıurfa, who saw the sovereignty of civilizations such as Ebla, Akkad, Sumerian, Babylon, Hittite, Hurri-Mitanni, Arami, Assyria, Persia, Macedonia, Rome, Byzantium, has announced in the UNESCO World Cultural Heritage List, which is 7000 years older than the Stonehenge and 7500 years older than the Egyptian pyramids. Located in the center of the city, within the Balıklı göl plateau and the historical Kızılkoyun Necropolis is one of the archaeological sites which was discovered in recent years. Kızılkoyun Necropolis with 75 tombs unearthed during the first work of continuing excavations is a candidate to become Turkey's largest Necropolis. In this study, Kızılkoyun Necropolis was first scanned with a laser scanner, and then with the unmanned aerial vehicle (UAV), photogrammetric products have been produced. The result of the evaluation is a surface model of the rock tombs in the region and some archaeological figures and structures have been transferred to the digital environment. 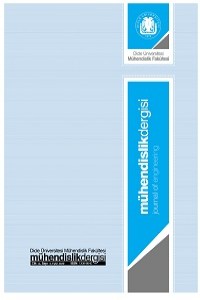