Language is one of the most important elements of communication for people and all living things. A large number of studies have been conducted in the literature on the formation of languages and natural language processing processes. It has been observed that these studies contain differences in terms of analysis, approach and method. In the study, a model has been proposed for machines to create their own language as a contribution to the literature. With this point of view, it has been contributed to the idea that the efficiency of all processes will increase by communicating with each other in their own language like humans. With the aim of developing an approach for machines to produce their own languages, it is aimed to distinguish the sounds of living things by classifying them and to generate new sounds by using convolutional deep neural network method. In the study, the applied alphabet was decided by the system. In next step, Regenerative Artificial Neural Networks were used together with Mel Frequency Cepstral Coefficient and Dynamic Time Warp methodologies to create similar sounds and the living things were named with their respective sounds. Unlike similar studies, a visual data was applied which was converted from the audio files that was obtained from Kaggle open data repository "Audio Cats and Dogs" dataset. In addition, the model was supported with CNN networks to achieve effective performance. 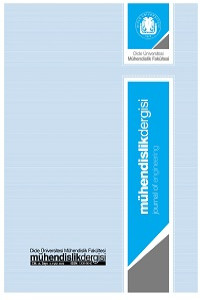