The Logics of Anti-Efficiency – On the Need of Technological »Translations«

In modern society and economy the principle of efficiency is omnipresent. Even in the discourse of sustainability – which, in many aspects, represents a challenge to modern visions of progress and Western »way of life« – resource and energy efficiency are seen as crucial factors. However, »instrumental reason«, which is underlying efficiency, has not only been criticized by the Frankfurt school (see Horkheimer 2013 [1947]). There is a long tradition, which ranges from Rousseau (2019 [1755]) to Batailles (1985), which questions the models of progress coupled so closely with efficiency. Today, »commercialization« (see e.g. Hochschild 2003) and »economization« (see e.g. Murphy 2016) are prominent lines of discourse which do express similar objections to the efficiency principle. What is more, recent phenomenons of (pandemic) crisis demonstrate that following the path of efficiency may lead to paradoxical effects, in that the ability of the health system to cope with stress was especially poor in the most efficient ones (like in Italy): efficiency thus proofed to be very inefficient in pandemic times (see e.g. Popic 2020). Likewise, in the past, the effectiveness of the critique of efficiency has been very limited. One of the reasons for this disproportion could be that the voices of critique (of efficiency) were unable to manifest in technology which is a major driving force of modern society and economy. Accordingly, the logics of anti-efficiency – i.e. logics of relationship, emotion, innovation, etc. – must not only be formulated theoretically but »translated« into technology in order to become effective. 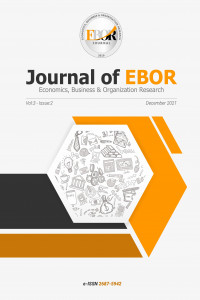