REFLECTIONS OF THE DETERRITORIALITY ON ADVERTISING

Acording to Mc Luhan, in the 21st century, the world has become a “global village”. McLuhan believed that the world would become like a small community, especially with the spread of electronic communication. The idea of the world as a whole has brought with it the social and cultural changes in the world. The development of technology has brought people closer to each other in terms of economic, political, communication and social aspects. The perception of the reduction of spatial distances with the shortening of time with technological tools has revealed the concept of “Deterritoriality”, and this concept has taken its place in the life practices of the consumer. In order to better reach the target audience in advertising communication, the cultural change changed by globalism was taken into consideration. In the study, the conditions that make our life easier, which form the basis of global-modern culture, are defined. Analyses of visual and verbal advertisements were made in the context of globality of the concept of deterritoriality, which is a cultural situation created by globality. In the advertising strategy, “how”, “in what form” and “with which” connotations the concept of “placelessness” is reflected in the advertising communication and how it is transferred to the target audience is examined through sample advertisement messages. 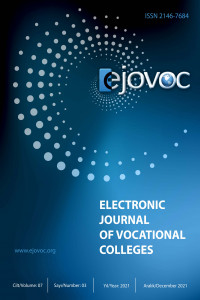