The autonomous status of Kosovo achieved during the Tito period was abolished by the Milosevic administration and the protests of the Albanian majority were tried to be suppressed by force. The initial non-violent protests of Albanians turned into an armed struggle in 1997 due to massive human rights violations by the Serbian forces, then, a genocide was initiated by the Serbian forces in response to this struggle. As a result of the lessons learned in Bosnia, the international community did not remain a bystander to this situation for a long time and the war was ended with a NATO intervention in April 1999. The end of the Kosovo conflict brought about the transformation of the guerrilla army that initiated it. The Kosovo Liberation Army (KLA or UÇK) was formally demilitarized, yet it has remained a powerful and active element in almost every aspect of the life of Kosovo in various manifestations. The activities carried out on members of the armed organization in the transition to the post-conflict peace process continue under the title "Disarmament, Demobilization, and Reintegration (DDR)". In this study, the post-war disarmament, demobilization, and reintegration process of the UÇK since from the deployment of the NATO-led Kosovo Force (KFOR) and the establishment of the United Nations Mission in Kosovo (UNMIK) until the present day was analyzed, and it was tried to present the extent to which DDR programs have been successful. 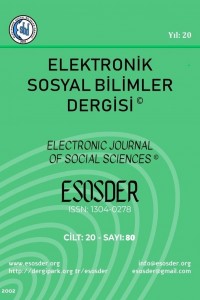