From The Judgments of Taste To Law And Politics: The Traces of Aesthetics In Kant’s Metaphysics of Morals

Kant’s Critique of Judgment which addresses the theory of aesthetics is considered by the commentators such as Arendt as a last work which does not only involve art and the judgments of taste, but also his political philosophy which is said to be existed neither before nor after such work. It is also broadly accepted that his Metaphysics of Morals which is written after the “Third Critique“ proposes a kind of constitutive theory of law rather than a political debate that we could not find his theory of aesthetics in this work. Yet it could be noticed with a closer look that after concluding the “three critique” project, the Metaphysics of Morals’ Kant, while returning back to the issues which had been handled in the Groundwork for the Metaphysics of Morals, is now a new Kant who is mediated through “the faculty of aesthetical judgment”. For while relating the faculty of desiring with the moral law, his theory of law begins by addressing the aesthetic pleasure, starts from the point where the Critique of Judgment reached, proceeds with the property and the state, ends with a cosmopolitan ideal and then passes to the theory of virtue in the second chapter. Thus, reading the Metaphysics of Morals with such a perspective could give a chance to understand how the link between aesthetics and the political philosophy that is constituted by Kant passes beyond the “Third Critique” in contrast to the general acceptance. In this context, pointing out the astonishing relationship between his core concepts such as “property”, “contract” which takes places in his theory of law and the judgments of taste, this paper will be focused on revealing the aesthetics in Kant’s doctrine of law, in other words, noticing the “beauty” behind the theories of law and politics. 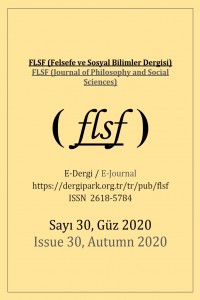