The aim of this research is to examine the teaching of writing in the first literacy teaching with the basic letters. Fenomonology method has been used in qualitative research methods. The study group of the study is composed of twenty grade teachers working in the primary schools in the provinces and districts of Yozgat. Appropriate sampling method and criterion sampling method were used in the selection of the sample. In total, twenty class teachers who worked in first grade were consulted. As a data collection tool, semi-structured interview form developed by researchers was used. The semi-structured interview form consists of two parts. In the first part, questions were asked to determine the demographic characteristics of classroom teachers. In the second part, opinions were asked about the teaching of writing with the basic letters in the first literacy teaching. The data were collected in December, 2017 and January, 2018. Semi-structured interview forms prepared by the researcher were applied to twenty grade teachers. Negotiations were recorded on the voice recorder. Negotiations were held in the teachers' room, in breaks. A total of 214 minutes were interviewed. The interviews were written in computer environment. Content analysis used content analysis. The results of the research are presented under the themes reached. The themes reached at the end of the research are as follows: upright basic letters save time, not forgetting letter points in the writing of upright letters, ease of upright letters in daily life, increase in readability in the teaching of writing with upright basic letters. It is suggested that the first literacy teaching should be continued with the basic letters in the direction of the research results. It is recommended that studies on vertical basic writing should be conducted by students at different levels of education. 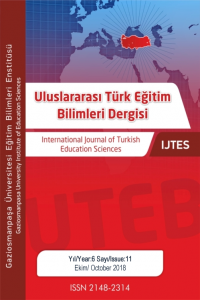