Human needs are unlimited. It is in a constant state of consumption and production. In order to meet their needs, they have acted unconsciously from the industrial revolution until today and irreparable damage has been caused on nature. The balance of the ecosystem has deteriorated with the increasing effects of damaging the environment and the atmosphere. The balance, which deteriorated after a while, became a threat to people. The name of the threat is global climate change. This disaster, which affects every individual living in the world in various ways, has now had negative effects on people's health. The negative impact of the climate crisis, not only physically but also psychologically, has become a serious problem. A single negative event caused by climate change can only affect that day in its current form. However, the trauma left in individuals is a situation that will not last for a long time. In addition, psychological obstacles are effective in delaying the necessary measures.Unless measures are taken quickly, as the negative effects of climate change will continue in the future, continuous exposure will impair mental health in the society. Within the scope of this study, necessary inferences were made by examining the psychological dimension of global climate change. Attention was drawn to the importance of taking collective and rapid measures against the climate crisis. 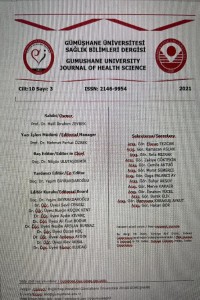