In this research, notice registered data coming to 122 numbered emergency denunciation line between dates of 01.01.2014 and 31.12.2018 in Disaster and Emergency Management Center of the Provincial Directorate of Disaster and Emergency Situation of Samsun is obtained. The results obtained from 983 notices used in the research; The frequency and percentage distributions were obtained by using SPSS 21 program and analyzed by Chi-Square test. As a result of the data analyzed in the study, it was aimed to make suggestions so that the notices coming to the Provincial Disaster and Emergency Management Centers reach the relevant institutions faster. Acording to the results of this research, in 22,4 % of 983 notices coming to Samsun Provincial Disaster and Emergency Management Center emergency response team was directed. It was determined that 72,8 % of notices were directed to other public instutitions. It is observed that Samsun Provincial Disaster and Emergency Directorate Emergency Response Team intervene 24,5 % traffic accidents, 21,4 % missing incidents, 9,1 % stuck incidents and 8,2 % flood incidents respectively. 59,3 % total notices were recorded as being stranded and patient transfer. According to the result of the analysis, it is determined that the BSBB and District Municipality Teams were directed to 73,3 % of stranded incidents and 78,2 of patient transfer incidents. In addition it has been determined that 85% of stranded incidents and patient transport incidents (99.5%) occurred during the winter months. It has been revealed that there is a significant difference between the events that took place and the months it occurred. 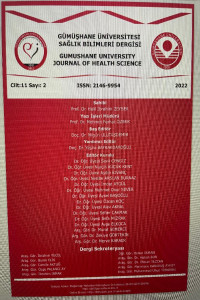