Participation accounts, which constitute the main backbone of participation banks, are based on the mudarabah contract and these accounts are operated by the bank that is considered as mudarib. Therefore, in case of loss, the bank has no obligation to guarantee the capital. Because, according to the classical mudarabah understanding, the mudarib compensates the capital only in cases of taaddî, taqsir and opposing the conditions. However, some modern studies have suggested that mudarabah capital can be guaranteed by the bank or an independent institution. At this point, there are two basic approaches: Securing the capital by the bank or by a third party outside the bank. It has been stated that the bank can guarantee the capital of mudarabah voluntarily or compulsorily -by stipulating during cash- after the contract. Because the bank does not only employ the capital of certain persons, but also serves everyone who has capital in their hands and wants to invest by acting like a common laborer (al-acîr al-mushtarak). Therefore, the bank can guarantee mudarabah capital like al-acîr al-mushtarak. Thus, the bank is prevented from losing mudarabah assets regardless of economic balances. Those who argue that interest-free banks can guarantee the capital voluntarily did not see the bank as an element of the mudarabah contract. According to this understanding, the bank grants donations to the capitalist by guaranteeing the capital. It has also been argued that the capital can be guaranteed by an independent institution (risk fund, treasury and similar institutions) other than the parties to the mudarabah contract. Accordingly, the bank establishes a mutual insurance company (شركة تأمين تعاونية) by making some deductions from the mudarabah profit within agreement with the account holders. The losses that are likely to occur later are covered by this company. The legitimacy of the deduction in question was based on the permissibility of granting dividends to persons independent of the mudarabah contract. It has been also stated that the interest-free bank can guarantee the capital of its customers through a foundation or state it has established, which can simply be a donation. However, it is also stipulated that the party that guarantees the capital shouldn’t be a party to the mudarabah contract. Supporting the views put forward, fiqh academies and similar boards affiliated to various institutions have accepted that the capital can be guaranteed with the reserves allocated from the profits of the account holders. Since the aforementioned reserve aims to protect the mudarabah capital, they have considered it obligatory to meet only from the profit of the account holders. As a result, in this paper, it will be explained whether the proposals put forward for the guarantee of mudarabah capital are within the limits permitted by the fiqh and then the most reasonable proposal put forward to compensate the capital will be tried to be determined. 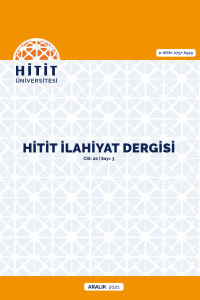