An Evaluation of The Effect of Conservative Thought on Urban İdentity After 2002 in Turkey.

One of the main aims of the study is to explain the elements of conservative urban identity by determining how conservatism transformed urban areas in 2002 and after. In addition, raising awareness about conservative urban studies that are lacking in the national literature and eliminating the deficiency is one of the main objectives of the study. For these purposes, the general structure of conservatism will be explained. It will be dwelled on in what ways and means this idea gives identity to urban areas. The study is based on the content analysis method, which is accepted as a qualitative research method. In this context, studies that examine conservatism and the conservative city in international and national literature are included in the research. Analyses of the studies of media organs on this subject are also included. Within the context of the study, it was seen that urban areas in Turkey are not merely spaces, but they are also intellectually shaped. Although there are various ideologies that shape urban spaces depending on administrative institutions, it was concluded that conservatism was more effective in shaping urban spaces due to the political conjuncture after 2002. Increasing the number of conservative religious structures and educational institutions consolidate the conservative structure of urban areas in Turkey. Similarly, reflecting the traditions on urban images and making the previous Turkish-Islamic practices visible in the most used urban areas also consolidate the conservative identity. 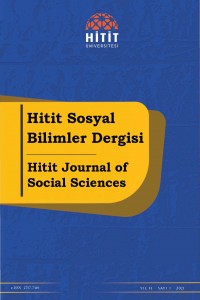