In this article, the aim is to make an analysis on the implementation process of regional development policy in Turkey according to the experience of Regional Development Agencies (RDA). RDAs were created in 2006. Methodologically, the past fourteen years may allow us to make an analysis on the implementation process of this policy. Initially, the creation of the RDAs was considered as a reform related to the pre-accession process of Turkey to the European Union (EU). While the pre-accession process appears to be on hold, RDAs became as a component of national policies and also they are characterized by the principle and the culture of centralization. Besides, the inconsistencies between the initial approaches and objectives of the RDAs policy and the implementation process remain in different fields. These inconsistencies will be showed according to the various factors. In this direction, first, the structural dimension of the RDAs, the legal and functional aspects of regional development plans and the relationship of the RDAs with the central administration will be questioned. Secondly, attention will be focused on the modes of action and activities of RDAs at local level. Therefore, the focus will be on the role and functions of the RDAs in local development and local governance processes. In this perspective, the analysis will be based both on top-down and bottom-up approaches of implementation process. Furthermore, the data collected by the interviews carried out with the actors of the implementation will contribute to the consolidation of the analysis. 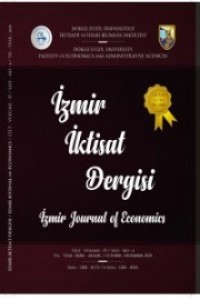