Spiritual well-being indicates the balance in one’s life. Some diseases people may encounter throughout their lives can disrupt this balance. Spiritual well-being plays a major role in maintaining the quality of life, especially during life-threatening diseases such as cancer. Therefore, this is a cross-sectional study conducted to determine the relationship between spiritual well-being and quality of life in cancer patients. The study was completed with 87 individuals who agreed to participate in the study between November 2019 and February 2020. Data were collected using a structured survey form developed by the researchers, the Spiritual Well-being Scale (FACIT-Sp-12) (Version 4), and the Quality of Life Scale (EORTC QLQ-C30). Data were analyzed with SPSS 21.0 program. Data were evaluated using percentage, frequency, mean, standard deviation. Student’s t test was used to determine the difference between two independent variables, and ANOVA test to determine the difference between multiple independent variables. Pearson Correlation Analysis was used to evaluate the relationship between the data. In this study, the patients had a spiritual well-being mean score above the average. The patients’ mean scores on the Spiritual Well-Being Scale high and EORTC QLQ-C30 subscales were compared with the reference values of European countries. Accordingly, their symptom mean score was above the reference value, whereas their functional and general health mean scores were below the reference value. A significant relationship was found between the patients’ total spiritual well-being scores, functional scores and general health status scores. 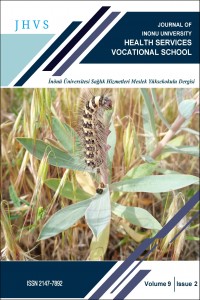