Yaşar Kemal, accepted as one of the important writers of World and Contemporary Turkish Literature, produced works in many genres of literature. The works of Yaşar Kemal, who is best known as a novelist, contain many social facts about Turkish social reality throughout the history of the Republic. The geography of his novels from Çukurova to Istanbul includes many social issues such as aghas (tribal chieftains), social banditry, population exchange, poverty, environmental change, rural life, intangible cultural heritage elements and the social consequences of wars. His original competence in the Romani language, his success in building social-cultural characters, his ability to transfer social events to fiction with an aesthetic talent, and his awareness for human beings and the environment have given Yaşar Kemal a high profile in the world of literature. Social change processes focused on the production relations that started in Turkey in 1950/60s brought about their own material conditions starting from Çukurova region. This process is undoubtedly reflected in art. Yaşar Kemal treated in detail the sociological texture of this change from many aspects in his works. Thus, he became an artist who succeeded in touching universal human reality way beyond the perception of a novel confined only to Çukurova. Within this human reality, women are included as the main characters. Given the humanitarian cultural basis on which he built his novels, it can be seen that in all Yaşar Kemal’s novels, women have a respectable position. This study aims to make a sociological study on Yaşar Kemal’s published novels and to contribute to different readings with feminist literary criticism. 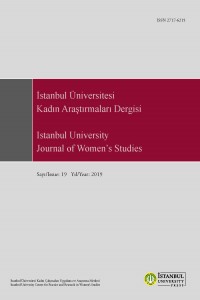