THE FIRST OTTOMAN WARSHIPS FROM ISTABUL TO BASRA: THE JOURNALS OF THE BURSA AND İZMİR CORVETTES (SEPTEMBER 24, 1865-DECEMBER 3, 1866)

Two Ottoman warships departed from Istanbul and were incorporated in the fleet in Basra four years before the Suez Canal was completed in 1869. These corvettes, called Izmir and Bursa, reached Basra at the end of the difficult 15-month long trip after sailing through Gibraltar and stopping in Spain, Brazil and Cape Town. For the first time in Ottoman history, sending battleships from Istanbul to Basra and the first voyage of these ships in the ocean were some of the highlights of this course. The aim of this study is to clarify a phase of Turkish maritime history and to explore the journey of two Ottoman corvettes between Istanbul and Basra. Another purpose of the study is to find out the strategic purpose and the effect of sending these corvettes to Basra. The main sources of this article are the memories of Engineer Faik and Imam Abdurrahman Efendi, who were assigned in the Bursa Corvette and the report prepared by Commander and Lieutenant Colonel Ahmed Bey. Although the first two studies are known, the fact that the Colonel Ahmed Bey's report has never been used so far is one of the reasons why this article is unique. This work was also supported by archival documents. As a result of the research carried out in the Ottoman Archives and the Naval History Archives, it was found that there were documents about the preparation of the corvettes and the money needed for repairs and replenishment during the voyage. These sources provided a better understanding of the subject. 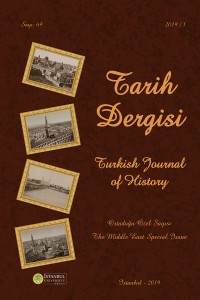