In this study, fish deaths have been occurred in the winter months (especially when the water temperature fell below 8°C) in the cultured Black Sea trout (Salmo coruhensis) in the Eastern Black Sea Region. It has been determined that silicate protozoan parasites are responsible for fish mortality in different fish farms. During the study, four different ciliate protozoan parasite (Apiosoma sp., Ambiphyra sp., Epistylis sp., and Vorticella sp.,) from different disease cases were determined on the Çoruh trout (Salmo coruhensis) sampled from fish farms in the region.. During the sampling, it is determinated that the prevalence of Apiosoma sp., and Ambiphyra sp., was higher among these silicate protozoan parasites. It has been found out that in the chronic phase of the disease, sekondary bacterial agents (especially, Aeromonas hydrophila) are caused serious economic loss. Furthermore, it was determined that the disease was complicated by fungal infections. The different disinfectants have been applied for 60 minutes at dose of 200 ppm formalin, 100 ppm + 10 ppm chloramin-T, 100 ppm hydrogen peroxide, 2 ppm potassium permanganate and 10 ml/L acetic acid in the treatment of these ciliate protozoan parasites. It has been determined that the most effective chemical is hydrogen peroxide in the treatment of the disease. It has been determined that hydrogen peroxide is the most effective chemical in the treatment of the disease. Also, it was also found that the water temperature fell below the prevalence of ciliate protozoan parasites by rising above 15 °C. 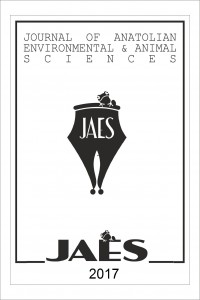