This study was aimedto examine the effects of betaine supplemented to quail diets on performance, carcass yield and some visceral weights and duodenal villus lengths. The study was conducted with 150 one-day-old Japanese quails. In the study, animals were equally divided into 3 groups as 1 control and 2 experimental groups. Groups were divided into 5 subgroups of 10 chicks each. While the control group was fed only basal diet in the experiment, the experimental groups were fed with; 0.3% and 0.8% betaine HCL were added in the trial. Diets were prepared as isocaloric and isonitrogenic. Feed and water were supplied ad-libitum. The study was lasted for 35 days. According to the data obtained, betaine was found to have statistically positive effects on body weight, body weight gain, feed consumption, feed conversion rate and duodenal villus length with the supplementation of quail diets (P <0.05). It was found that it had no effect on the carcass yield and some visceral weights (P> 0.05). It was concluded that 0.8% betaine supplementation to quail diets improved growth performance and intestinal health and could be used safely. 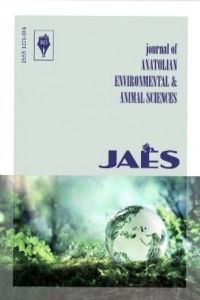