In this research, it was aimed to investigate the graduate theses with metacognition theme on mathematics education according to their structural properties (publication year, method, study group, data collection tools and data analysis technique) and study topics. 80 graduate theses were reached within the scope of the research. At a result of the descriptive analyses, it was noticed that the number of theses has increased until recent years except from 2009, 2014 and 2017 and the highest number of conducted researches were in 2019. It was determined that generally the quantitative research approach was employed in the studies; accordingly, it was focused on descriptive and experimental studies. It was also found that most of the researches were carried with secondary school students, mostly questionnaires/ open-ended questionnaires/ scales/ tests were applied and mostly t-test, descriptive statistics and correlation tests were used in the analyses process. In addition, it was reached to the conclusion that mainly metacognitive awareness, metacognitive skill/experience and metacognitive learning/self-regulation strategies were studies in terms of the study topic. 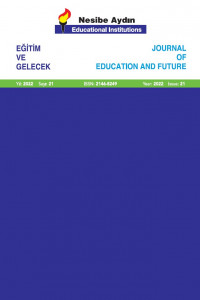