The aim of this study is to analyze the content of doctoral theses conducted in the field of science education in Turkey. In this direction, seven doctoral theses conducted between 2017-2021 were examined using qualitative research method. In this context, case study design was used in the research. The theses were examined in terms of subject areas, purpose, methodology, findings and suggestions. The analysis of the data was performed by the content analysis and was checked by two science educators throughout the process. Data were analyzed by creating codes and categories. As a result of the analysis, the researchers reached a consensus on the codes and categories. According to the results, it has been determined that the subject areas of the theses are based on the philosophy of constructivism, aimed at raising science literate individuals and are up-to-date. It has been seen that the aims of the theses differ on cognitive skill development, creating awareness and getting opinions. When the methodologies of the theses were examined, it was determined that four studies were carried out in a case study, the study group was secondary school students, although the data collection tools used varied, interviews were frequently used and data analysis was done with descriptive and content analysis. It has been determined that the findings obtained from the theses emerged in line with their objectives and suggestions were made regarding the findings obtained and the problems experienced in the process. Based on these findings, it is considered that the studies examined base their current issues on the basis of the philosophy of constructivism. This importance can contribute to the development of science literacy at the graduate level. In the next process, researchers were advised to continue to carry out studies based on constructivism and to reflect on the the level of their approach to this philosophy, which they took as a guide, in the conclusion discussions. 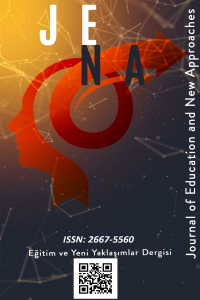