THE EFFECT OF 2018 AUGUST CRISIS ON THE TURKISH BANKING SECTOR

Since the beginning of 2018 the central banks of developed countries, developing policies to countries facing adverse effects as a result of the changes, in August 2018 there has been a large-scale fluctuations in the financial markets in Turkey. Output trend from developing countries with an increased risk perception in global markets, the rise in oil prices and descriptions of US sanctions against Turkey, the domestic market has been negative external factors supporting developments. Turkey's economy, in August 2018, has had a difficult time because of the excessive depreciation of the Turkish Lira. The dollar rate has reached 7.24 as a result of the currency crisis triggered by the priest Andrew Brunson crisis with the US, along with the mistrust of economic policies. Afterwards, bankruptcies and concordat process started due to a significant decline in domestic demand due to high interest and inflation and companies' failure to meet their payment obligations. This situation caused the banks to be left with a serious problem loan balance. From this study, it is aimed to give information about the effect of the process that took place after August 2018 on the Turkish Banking sector. 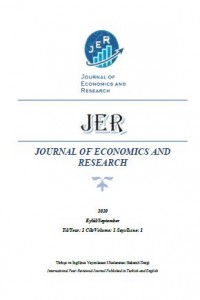