The aim of this study is to examine levels, temporal changes and interactions of major air pollutants with meteorological variables in Ankara, Turkey. The level of air pollutants namely PM10, PM2.5, SO2, NO, NO2, NOX, O3, CO was evaluated monthly, seasonally, and annually during 2019. The statistical relationship between air pollutants and ambient temperature, relative humidity and air pressure was examined and discussed. The pollutants concentrations started to rise in the morning and evening hours (excluding O3) when the traffic was at its peak and was in the highest level between 10:00 -14:00 and 22:00-02:00. It was seen at the lowest values (excluding O3) during daylight hours. A strong positive correlation was reported between PM10 and both PM2.5 and CO. Also, it was positive between NO and CO and NOX. On the other hand, negative correlation was reported between O3 and all other parameters. Moreover, paired comparisons of the selected parameters during the seasons were investigated. A statistically significant difference was found between different paired parameters namely CO/NOX, SO2/NOX and PM2.5/PM10. The results revealed that the changes in the meteorological parameters during the mentioned seasons has a significant impact on the behavior of air pollutant parameters. 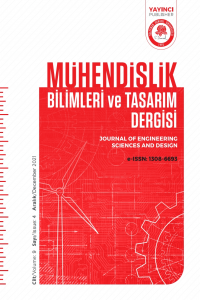