Islamic countries preferred the Western-origin secular university model to reach the West in science and technology instead of improving madrasahs. However, when the scientific and technological standards are examined, it is seen that the Islamic world is still far from reaching the West. The reason for failure is that the secular university model contradicts the Islamic belief, therefore, is not sufficiently adopted by Muslim societies. The Islamic Golden Age scholars were simultaneously engaged in religion and science. This experience inspired us to propose a new higher education model in which religion and science are taught together. Because this model is inspired by the university, the representative of positive sciences, and the madrasa, the representative of religious sciences, we named it Madrasity. If religion and science are taught together, students' willingness to study and learn will be much higher because their spiritual and rational suspicions will fade. Madrasity is a higher education institution that provides undergraduate and postgraduate education. Students will receive a combined education consisting of a basic religious curriculum and vocational training. Upon graduation, the student receives two diplomas, a vocational diploma and a religious maturity diploma. Madrasity is a boarding school for all students. Married students will not be accepted to undergraduate or graduate education. The purpose of this rule is to enable the student to concentrate on religion and science in the 18-30 age period, which is the most efficient era for learning and improvement. It is envisioned that scientists with high moral motivation, who have undergone this intensive training, will create “transformational” inventions and set an example for society. 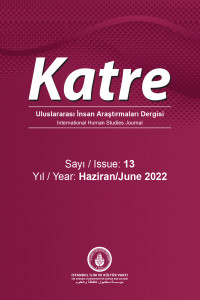