Excluded by Inclusion: The Turk in Shakespeare’s Plays

Reference to the Turk was a common practice in early modern plays. There were, in fact, a large number of plays dealing with the Turks by major playwrights of the period such as Shakespeare, Marlowe, Greene, Peele and Dekker. Apparently, the Turk was a safe subject to write about for the book market as it guaranteed sales. Thus, in a way, they were included in the lives of the theatre audience as well as the rest of the nation that knew about the Turk through broadside ballads. However, this inclusion of the Turk in the lives of the English nation did not necessarily mean that they were well received. Most of the works dealing with Turks drew a negative picture of the Turk as strong and menacing enemy whose religion was a threat to Christianity. Although recent scholarship has shown multi-dimensional readings of Shakespeare’s plays, his approach cannot be held separate from the common notion of the Turk prevalent among the playwrights of the period as well as the English nation as a whole. This paper aims to analyse the inclusion of Turkish race as well as references to them in some of Shakespeare’s plays to understand to what extent they are actually excluded from the English society as the other. 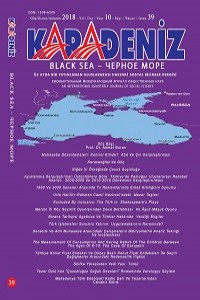