A Research On Foreign Language Concessions Starting From The Republican Period

As it is known, in all periods of history, as in all languages, Turkish is seen under the influence of foreign languages. This effect has been realized in different levels and forms in every century. Particularly, there have been serious borrowings of vocabulary between the languages ​​of the nations we interact with and the Turkish language. In this article, it is mentioned that the words of foreign origin have a place in our own Turkish and the effect on Turkish with the revolutions made in the Republican period. Our main aim is to show the necessary sacrifice to save the richest Turkish language from the yoke of foreign languages ​​and to show the necessary sensitivity by giving the necessary information about common words before being injected into our language.

In addition, numerical data related to the ratios of foreign words entering Turkish in the press language of the Republican period were used in this article. Based on these numerical data, it is seen that Turkish is under the influence of foreign languages, especially Arabic and Persian words are mostly concentrated. Modern Turkey Turkish engagaments borrowing made in the remained under the influence of other languages ​​(Latin, German, Spanish, Russian, etc.) are seen. It would be appropriate for scientists, teachers, students and readers to act together to solve the problem.  It is inevitable that Turkish will be more influenced by foreign languages ​​unless the subject is given sufficient attention. 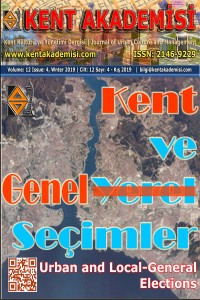