In this study; it is intended to draw attention of public to the situation and inform about prevention of air pollution in Turkey. The data used in the study were obtained from the Ministry of Environment and Urbanization of the Republic of Turkey, and processed and mapped in ArcGIS environment. As a result of the analysis; air pollution comes second place among the primary environmental problems of cities in Turkey, and it is stated that in the last five years problems with air pollution reliably continue when compared to years in the past.  Possible causes of air pollution in cities were caused by domestic heating (63 provinces), industrial enterprises and activities (9 provinces), road traffic (5 provinces), thermal power plants (2 provinces) and mining enterprises (1 province). Difficulties in taking precautions against air pollution may be sorted as the use of poor quality fuel in heating, waste incineration, topographic structure, meteorological factors, consumer unconsciousness, distorted urbanization, industrial facilities close to the city center and settlements. According to the air quality index classification of the average SO2 measurement values in January 2016; 69 cities were classified as "1-good"; and according to PM10 values, 12 cities were classified as ”3-sensitive”, 37 cities were classified as "2-medium ”, and 24 cities were classified as“ 1-good ”. It is obvious that increasing the number of environmental projects that will eliminate or minimize environmental pollution, which is defined as waste management philosophy and in our country, will be beneficial in reducing air pollution. 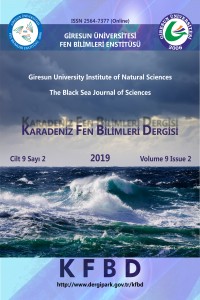