The Role of Tax Policies to Fight Against Poverty

In this study, it is aimed to evaluate the tax regulations used in the fight against the problem of poverty. Poverty, which is considered one of today's critical problems in a wide range of countries with different development levels, is a multi-dimensional concept with social, political, and psychological aspects and the economic one. It has taken its place among social policies with the establishment of the welfare state understanding. In social welfare states, it is seen that the problem of poverty is struggled with policy tools such as public expenditures and taxes, by directly intervening in the economy. Taxation systems are shaped in line with the social purpose of fiscal policy, taking into account different practices such as indirect-direct taxes, flat- progressive- regressive rate taxation regulations, and subjective and objective factors with the aim of ensuring economic and political stability, achieving growth and development goals and ensuring justice in income distribution. Thus, important steps are taken to eliminate the problem of poverty with the social purposes of taxes in order to achieve policy goals. 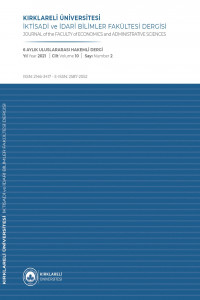