Gender-based wage discrimination is one of the important problems that harm the individual improvement of women, prevent their integration with the society and make the development of the economy difficult. In the present study, it was aimed to determine gender-based wage discrimination and regional differences using the TUIK Household Labor Force Survey data set of 2015. By using Blinder-Oaxaca decomposition method, three different models were created and it was determined that the wage difference was caused mainly by discrimination based on gender. Wage discrimination was mostly observed in East Marmara, West Marmara and Aegean regions. In Western Anatolia, the Mediterranean, Central Anatolia and Western Black Sea regions, although there was an effect on the increase of women's wages, it was determined that men had higher wages due to gender discrimination against women. 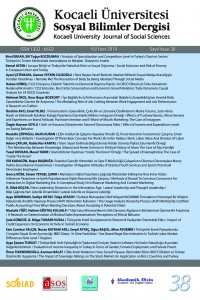