AN ANALYSIS OF THE MEANINGS OF SPINOZA‘S CONATUS, DESIRE, JOY, GRIEF AND FREE WILL IN THE LIGHT OF NATURE

As a basic principle, Spinoza distinguished clearly between theology and philosophy, accentuating the prevalence of inherent rules within each discipline. However, seen from a linguistic perspective, he considered the philosophical language to be more adequate to give a more accurate definition of specific terms, such as proof, axiom, or definition per se. Having set the philosophical language as a basic guideline, the significance of the method is far more crucial. The most obvious example of this approach is delivered by former philosophers, theologians who announced "the kingdom of man in the kingdom of nature". Therefore Spinoza postulates axiomatic concepts for a better understanding of human nature to be the starting point. Thus, first of all, the origin and the nature of human emotions have to be analyzed in accordance with the laws of determinism. By putting an emphasis on emotions and their significant influence on humans to grasp the nature of man, it can be said that Spinoza had also an effect on the Cartesian philosophy.For Spinoza, Conatus is the concept which forms the actual essence of man's nature according to which Conatus produces the spark creating the entire universe or rather the power of existence as an activity. It prepares the basis for the life of man to start off immediately and not at any indefinite time. What is more, this power of existence burning in a human being is important for the transition from the aspect of expression to expression itself. In this sense, this endeavor creating the living power represents the origin of appetite or consciousness of desire which is described as the essence of man's nature. In other words, when human body and mind are concerned, endeavor results in desire. If solely the mind was involved, the concept of will would become manifest. Conatus connects humans to their innate feelings, such as desire, joy and sorrow. Desire expresses the very nature of man. Man is constantly experiencing situations in which he is either an outsider, a passive individual, or a self-directed individual assigning meaning to his experiences. Accordingly, most of the time, man’s idea is grounded in his perception or respectively reaction. Something is not good as such, for the positive value man attaches to it makes it good and creates a feeling of joy. Likewise, nothing is bad, however, distancing oneself from something produces a sense of sorrow. As a consequence, according to the manifestations of desire, grief, egoism, carelessness, joy, good-naturedness, courage, etc. become apparent. Hence, is freedom a desire created in the same way? Is freedom then an illusion of man's nature? Spinoza claims that free will or illusion, both tell us the same thing. Having been raised believing in free will, free will is associated with the concept of perfection. Yet, a stone regarding itself to be free in the air, does not prevent it from falling, just as a human’s heading to the door is nothing else but the obvious desire to step out the door. This paper will show how in man's attempt to exist, feelings like joy, and grief express themselves, and how man's desire determines his very own existence. As to freedom or illusion, this paper will shed light on the modern man himself. 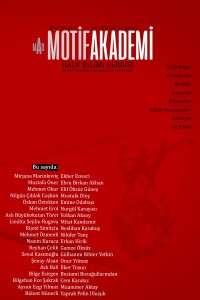