Panonychus ulmi (Acari: Tetranychidae) is one of the most important mite species that causes damage in stone and pome fruit trees. Neoseiulus californicus (McGregor) (Acari: Phytoseiidae) is a predominant predator in the control of the spider mites in the Tetranychidae family. The study consisted of 3 doses + 1 control and 25 replications for each dose. In the experiments, the virginal female individual in the same age group for each replication was placed on the bean leaf discs in the Petri dishes which have humidify cotton on the base. Female individuals in the Petri dishes were sprayed with 2 ml liquid and at 1 kPa pressure with doses of imidacloprid using the spraying tower. After the application, one male individuals were placed in each Petri dish for mating. Male individuals were removed from the Petri dishes after 24 hours. In order to investigate the effect of different doses of imidacloprid on egg production of P. ulmi and N. californicus, laid eggs by females were observed daily until they died. As a result of the study, it was determined that there was no statistically difference in terms of pre-oviposition, post-oviposition and adult life span between all doses of imidacloprid and control group for both P. ulmi and N. californicus. However, for both spider mites, it was determined that imidacloprid prolonged oviposition time and increased the number of eggs left per female. In addition, for both spider mites, R0 and rm values, which are the most important parameters of life table, were statistically higher in T/2 dose of imidacloprid compared to other doses and control group. As a result, the sublethal dose of imidacloprid is thought to be suitable for N. californicus in terms of biological control, but it may have negative consequences for pest mite P. ulmi. 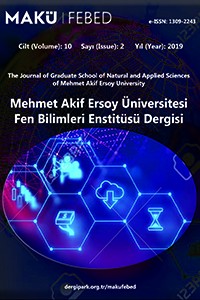