As expressed in Agency Theory and Game Theory, the asymmetric information between the parties in financial interaction causes the advantageous party to enter into a struggle for interest by using this advantage and as a result, show opportunistic tendencies. The concept of opportunism, which is one of the basic assumptions of the agency theory and seen as an internal variable within the framework of the limited rationality principle, emerges by putting individual interests forward against the counterparty of the contract and generally using the gaps in the contract. This situation causes a problem of trust and uncertainty between the principal and the agent, as well as adversely affecting the market mechanism as a result of fraudulent behaviors such as professional misconduct and fraud. In this study, the concept of opportunism is examined from the perspective of agency theory and game theory, which are among the basic microeconomic analysis methods; and suggestions are made in line with the established associations. With the study, it has been seen that agency opportunism can be explained within the framework of game theory. There is no scale in the literature that examines these two theories together yet. However, it has been concluded that the problems of proxy opportunism that arise in various sectors can be solved with game theory. Due to analysis tools and modeling infrastructure of game theory provides the opportunity to determine the optimal strategies by comparing the possible outcomes of different scenarios, it will be be able to provide significant insight to managers and strategists from the perspective of agency opportunism. 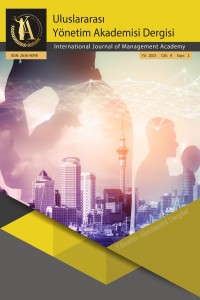