AUDITING FROM A MORAL PHILOSOPHICAL PERSPECTIVE, ANALYSIS ON ETHICAL VALUES AND UTILITARIAN CONFLICT

Although ethically and ethically defined in different ways, it can often be used in practice in similar terms. However, when qualifications such as good-bad, right-wrong are considered individually, morality; in terms of group / community, it is perceived as ethics. The concept of morality refers to a discipline that regulates the relationship of the individual in society and also has religious dimensions. The concept of ethics is a discipline that examines the behaviors of people in society and working life and regulates these behaviors and is also called ethics philosophy. The focus of ethics is the investigation of the essence of all behaviors and actions. The question of what makes an individual’s actions morally valuable or worthless is the basis of ethical debates. Formations that individuals belong to tend to define common ethical values. One of these organizations is the professional organizations or associations that come together with the people who carry out the same profession. In this study, the relationship between the perception of ethical values and the relationship with the pragmatism behavior will be examined in the audit profession which has become more important in the agenda with the financial scandals in recent years. 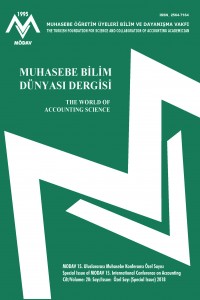