A male specimen of the slender snipe eel, Nemichthys scolopaceus (Richardson, 1848), was caught by a trawl in the North-Eastern Mediterranean (Büyükeceli coast) on 04 February 2018. The present paper reported the first record of N. scolopaceus from the Büyükeceli coast and fifth record from the Turkish coastal waters. Besides, it was reported that for the first time an adult male individual of this species was caught from a shallow water (100 m). Previous records of the species have been recorded from the Marmaris coast, Kuşadası Bay, Antalya Bay, and Mersin Bay in Turkey. 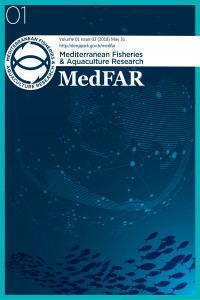