In this study; the Guild and its structure which allow the local people and different community to trade, with the transformation of the Ottoman Empire into an emperorship were evaluated. The Guild Organization can also be considered as the continuation of Ahi Community, which is actually an artisan organization in Anatolia. However, because of both the size of the economic and social structure and the wideness of the population area also carry out different functions. This framework also compares the scientific foundations of contemporary business and management understanding with the Ahi Community structure that has not yet been sufficiently clarified to until today. In addition, evaluations are made in working on the accounting-based structure of the economic formation of the Guild Organization. Finally, the study explains the elements of the transition from the Ahi Community to the Guild Organization and then to the Breach Organization. 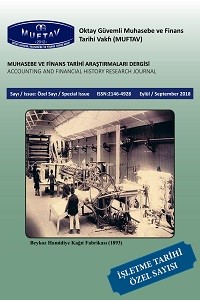