CYBER SECURITY IN CRITICAL INFRASTRUCTURE AND AN EVALUATION BY AFAD

Structural transformation movements brought about by globalization have brought about changes in the understanding of security. With these transformation movements, security, which is considered as a military concept in the literature, has begun to be discussed with all its social, economic and military dimensions. With the effect of technological development, there has been a transformation in the concept of border along with the understanding of security. Now, in addition to defining the border concept as land, air and sea, a concept called cyber border has emerged. In this context, the main purpose of the study is to determine the duties and responsibilities of the Disaster and Emergency Management Presidency in the protection of critical infrastructures. Within the scope of the study, it was concluded that AFAD is a public institution with a special importance in the protection of critical infrastructures. In particular, it has been determined that AFAD is given the task of identifying critical infrastructures, ensuring coordination between institutions, and preparing data for these infrastructures, in order to create resistance against cyber security in this way. It is seen that AFAD has recently given to the digitalization of public services. In this case, it is one of the developments that increase the risks and threats to critical infrastructures. 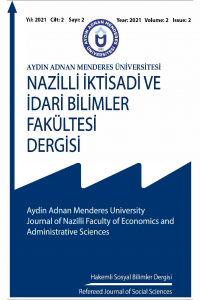