Does Self-Esteem Really Matter? Determining the Role of Self-Esteem in Cynical-Silent Employees

The aim of this paper is twofold. First, it was aimed to determine whether there are positive associations between cynicism and acquiescent and defensive silence, and negative association between cynicism and prosocial silence. Second, drawing on behavioral plasticity theory, potential moderating effects of self-esteem in the predicted associations were explored. A quantitative research was designed, and 522 employees included in the research. Even though self-esteem had a moderating effect on cynical-prosocial silent employees, and unlike the behavioral plasticity theory it did not have any critical buffer role. Within the context of current study, therefore, it has been concluded that self-esteem is not as significant as it has been exaggerated in the literature. 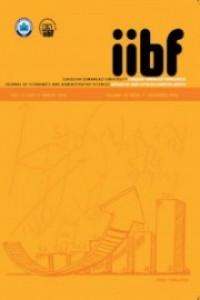