There may be contradictions in law, judicial errors, injustice to the plaintiff or the defendant in the decisions of the courts as a result of the proceedings. In this context, the examination of the results of the judicial proceedings, which are considered to be contrary to the law, comes out as an important institution for the proper application of the law. Here is referred to as a procedural law or court case, which is brought before another authority in order to resolve the disputes that arise in the conclusions of the proceedings and which are deemed to be erroneous. In the case of the Court of Accounts, which is also referred to as an account judge in our work, the ways in which those who think that they are unfairly determined against them will be evaluated within the scope of the new Court of Accounts Law No. 6085 and secondary legislation. In this context, the changing and defunct aspects of the law roads within the scope of the Court of Accounts will be set forth and proposals will be presented. 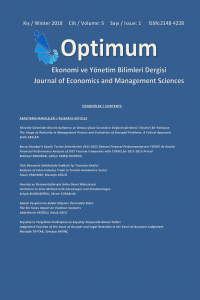