The Transforming Structure of Employment Relations in Neoliberal Capitalism: The Rise of Non-Standard Work Forms

Recently, non-standard conception of work has become widespread in employment relations around the world. Now, standard employment relations are being gradually destroyed. The increase in business forms such as, outsourcing, fixed-term contracts, part-time jobs, temporary employment agencies and independent/self-employment, homework, telecommuting and digital platform oriented working has a significant role in the emergence of this situation. Non-standard work not only affects the employees and employers in particular, but also affects and transforms the general labor market, economy and society. In this study, it was focused on the transformative power of employment policies implemented in the neo-liberal period on labor relations, and the spread of non-standard employment and its transform into the main characteristics of labor, work force and employment markets were discussed. In the study, it was emphasized that the non-standardization of employment is a common feature that intersects both working forms characterized as bad and precarious works, and the status of qualified-white-collar-good jobs new digital platform-based working forms. 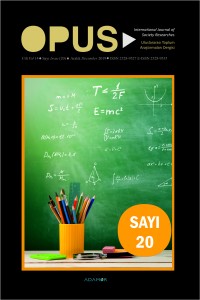