The aim of this study is to determine the perceptions of the students in the child development program about the concepts of “child” and “child development” by means of metaphors. A qualitative research method phenomenology pattern was used in the study. 104 students participated voluntarily with a non-random sampling method. A semi-structured interview form was used to collect data. Descriptive and content analyzes were preferred for data analysis. As a result of the interpretation of the analysis; 51 different metaphors for the concept of children and the first three most frequently metaphors were found to be play dough, empty plates, and dough. It was found that these metaphors were given due to their characteristics such as being able to teach, take shape, give happiness, receive attention and love and reflect what they have learned. It was determined that 71 different metaphors for the concept of child development and the first three most frequently metaphors were a tree, mother and life. It was found that these metaphors were given because of their characteristics such as giving education, teaching, shaping, giving direction and meeting the needs. In general, It was determined that the second-grade students consider that the "child" can be educated and the first-grade students regarded as a source of happiness. In addition, it was found that a significant number of first and second-year students considered child development as informative. In line with the results, recommendations were made. 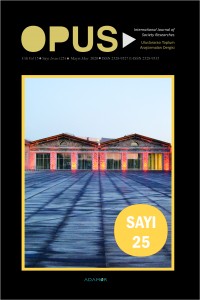