India and Pakistan Relations: The Effects of Regional Competition on Nuclear Armament Strategies

In this article, will examine the nuclear actions and policies of India and Pakistan. India and Pakistan have different reasons in order to developing nuclear power technology and obtaining nuclear weapons with the help of this technology. India started its works to acquire nuclear weapons after China's first nuclear explosion in 1964. Pakistan, on the other hand, started nuclear weapons works in order to protect its own security and create a nuclear balance after India’s first nuclear explosion in 1974. The parties developed military and economic relations with non-regional countries such as China, Russia and the USA in order to maintain its presence and stability in the regional balance of power. This caused the India-Pakistan conflict and the Kashmir issue to turn into an international problem. Increasing regional tensions over these problems and the possibility of the issue turning into a nuclear conflict resulted in unbearable economic and military costs for both sides. In this study, we examine why do India and Pakistan wish to obtain nuclear weapons? How did they get nuclear weapons? In this paper, analysed the effects of the nuclear power obtaintment of India and Pakistan based on domestic, regional and international politics. 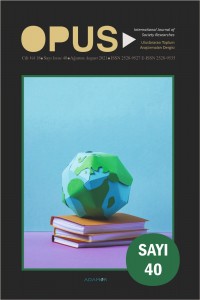