The Soviet Union's intervention in Afghanistan is one of the most significant crisis of the Cold War period in terms of its regional and global political effects. The conflict that lasted for ten years not only affected the parties to the war, but also created a broader transnational solidarity network, and laid the groundwork for a social memory. This situation manifested itself in the form of following the developments in the print media and the production of literary texts, as well as the physically voluntary participation of individuals in the war physically. During this period, the emergence of terrorist organizations that travelled to the region and took the arena as a centre for their activities in the period following the end of the war resulted in the examination of the participation that took place in this period from a security perspective to a great extent. Although the current literature focuses on the mobilization from Arabic speaking countries, an examination of how the Soviet Union's intervention in Afghanistan resonated in different countries will also allow a holistic understanding of the phenomenon. In the light of this, this study will analyse the transnational solidarity phenomenon that emerged especially in the Islamic magazines and newspapers of the period, and war volunteering as an extension of it, based on the effects of the crisis in Turkey. Including the works written by the volunteers on war in the analysis is an important issue in terms of drawing attention to the contrast between the fictionalized ideal and the reality encountered. 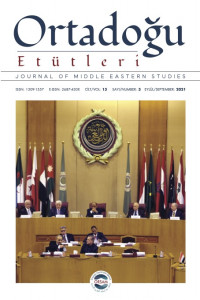