Developing A Reading Comprehension Test: A Validity and Reliability Study

This study aims to develop a reading comprehension test for 4th grade primary school students. In line with this purpose, different tests in the literature were examined. In order to conduct the validity and reliability studies of the test to be developed, Turkish textbooks and workbooks for primary schools and texts in different story books were analyzed. Firstly, a table of specifications was prepared according to the reading comprehension gains and then an item pool was created. Expert opinion was consulted for the content validity of the draft test created. The test was finalized by revising and adjusting the questions according to expert opinions. The draft test was administered to 34 students in a primary school as a pilot study. The test that was created through the revisions and adjustments made as a result of the pilot study was administered in the spring term of the 2016-2017 academic year. The main test administrations were carried out on 348 4th grade students of three different primary schools from different socioeconomic levels in the central districts of Denizli. The obtained data were transferred to SPSS 20 program and statistical calculations were made. According to these calculations, it was revealed that the item difficulties of the final test items ranged between 0,428 and 0,957. It was also determined that the discrimination indices of the items ranged between 0,264 and 0,529. In addition, according to the independent samples t test results, the item discrimination values ​​of all the items were significant between the top 27% and bottom 27% groups. The lowest score that could be achieved on the final test was 0 and the highest score was 32. The average test difficulty was 0,67 and the average discrimination index was 0,37. The KR-20 reliability coefficient for the final test was calculated as 0,834. This result indicates that the test is quite reliable. 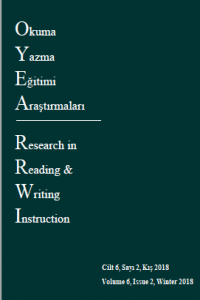