An Evaluation on the Traditional Anatolian Weaving Tools on Oreke

Scientific studies on relation to the history of oreke, spindle whorl and spindle used in spinning fibers such as wool, cotton, linen, the basic materials of traditional Anatolian handicrafts have revealed that the source of these tools is Asia Minor and Anatolia. In these vehicles Which stand out with their dimensions, draw attention not only with their functional features but also with their different forms and rich ornamental compositions. This event shows us which Anatolian people do not look at every material used by a functional vehicle. They approach with an aesthetic apprehension and continue their traditions and lives through these cultural assets to the until today. With the industrial revolution, the decline and gradual disappearance of handicraft production ended many handicraft areas, and the tools used in this field were gradually forgotten and the memory of the society was erased. With this study on a group of samples, it is aimed to introduce these cultural assets, which are part of our cultural heritage, to the scientific world, to protect them and to reach them to the next generations. 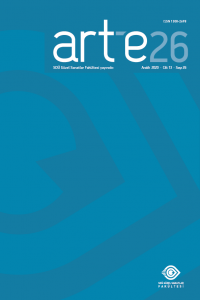