The aim of this research is to examine the effect of preschool chess instruction on the concentration skills of children and to find out whether this instruction is more effective in five- or six-year-old groups. Accordingly, nonequivalent control group design, one of the quasi-experimental models, was adopted in the research. The study was conducted with four groups of students attending early childhood education in a state kindergarten in Beyşehir, a district in the city of Konya, Turkey. A total of 72 students participated in the study. In the five-year-old group, 18 students were in the experimental group and 18 students in the control group. Similarly, in the six-year-old group, 18 students were in the experimental group, and 18 students in the control group. Personal Information Form and FTF-K Concentration Test were used as data collection tools in the research. The preschool chess curriculum designed by the researchers was applied to the experimental groups of five- and six-year-olds, 3 lessons per week for 10 weeks. Independent samples t-test was used to determine whether the differences between the FTF-K test scores in the pre-test, post-test and delayed post-test were significant. The findings of the research indicated that chess instruction; (a) significantly enhanced the concentration skills of both five- and six-year-old groups; (b) did not create a significant difference between the five- and six-year-old groups in terms of their concentration skills. As a result, it can be argued that chess instruction in preschool period can provide positive contributions to the concentration skills of five- and six-year-old children. 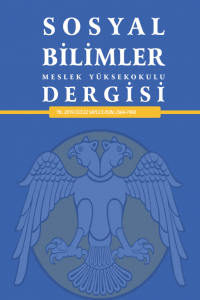